SealMaster® Hawaii (Walker-Moody Pavement Products & Equipment) was established in Honolulu in the fall of 2002.

Lyle Moody, the President of Walker-Moody Construction Co., Ltd., saw the need for a local asphalt maintenance retail outlet and manufacturing plant. His goal from the beginning was to introduce a higher standard into the pavement maintenance industry in Hawaii, while providing cost-efficiencies and convenience for the end-users. Since SealMaster® Hawaii opened its doors, we have sold hundreds of thousands of gallons of our signature product, MasterSeal® Asphalt Pavement Sealer. 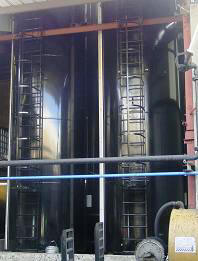